A Day in Keelung 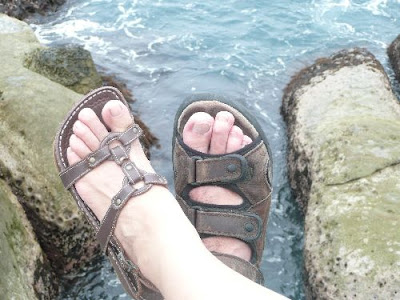 After finishing my exams Queenie and I decided to go on a day trip somewhere. The initial plan was to go to Ilan but the bus was full and the next available bus was late in the afternoon. We regrouped, went to the Pot Pie Cafe for an English breakfast and thought about where we could go. After much consideration and stumbled decision making we decided to head out to Keelung. We had also thought to go to Kaohsiung, Hsin Chu and Taichung but we felt those places were too far.

Two hours later we emerged in Keelung after one of the bumpiest, stop-start rides we have ever taken. I am not sure if this is a compliment but the bus ride reminded us of the long bus journey's we took in China.

Once in Keelung we went to Hoping Island Park, a small ocean-side park with many interesting rock structures and a view of Hoping (Peace) island. We haven't been to the ocean for a long time and therefore just going there and watching the ocean and the waves was a brilliant. 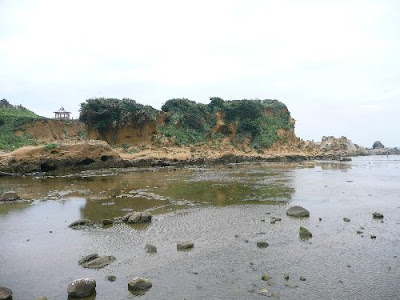 (Entrance to the Park) 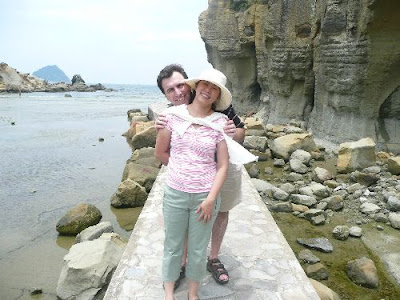 I first went to Hoping Island park way back in 1999. I went there during my first Chinese New Year in Taiwan and I went back twice shortly after that. Since then I have never returned and Queenie had never been there at all. The first time I went was a rainy day in winter and we couldn't get onto the rock outcrops. We could just stand and watch the violent movement of the sea smashing into the rocks. The other times I went there we could jump around the rocks and look at the fish, crabs and sea-cockroaches (what fun!).

Nevertheless, the views of the oceans and the rocks are spectacular. A lot of Northern Taiwan has many instresting rock structures. The most famous place is Yeliou. Hoping Island Park is not as famous or popular but the rock structures are still interesting. 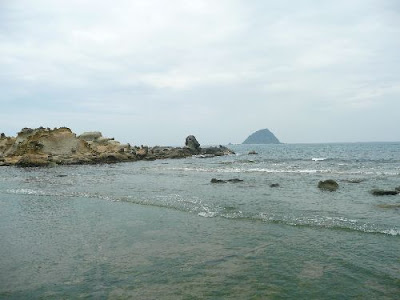 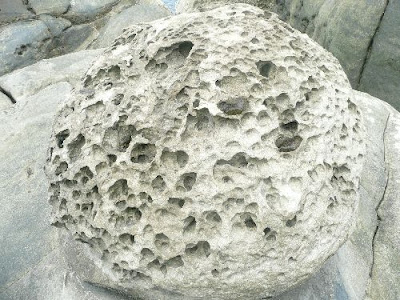 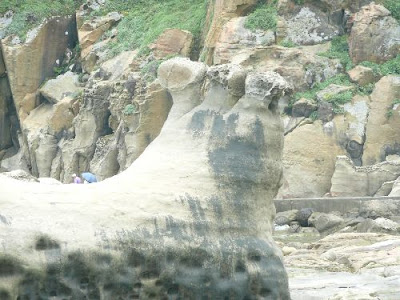 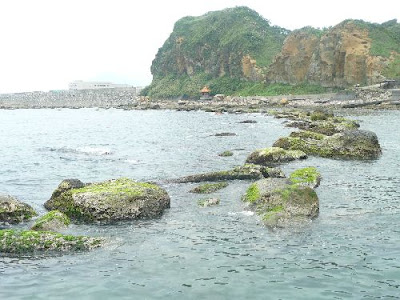 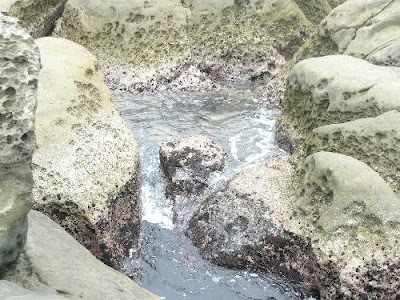 (The ebb and flow)

It was very hot on the day we went to Hoping Island Park, especially on the rocks, and therefore there were very few people out on the rocks. There were few kids smoking (at 10 years old!) and other couples going for a lunch picnic but the midday sun does not attract many people to rocky shores of Taiwan. We therefore could have a fairly peaceful walk along the rocks and enjoy ourselves in relative quiet and calm. 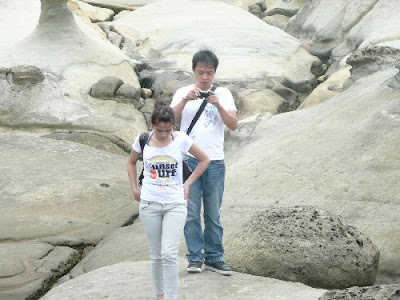 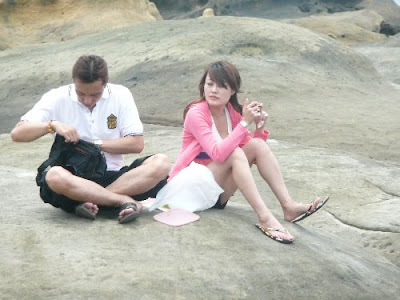 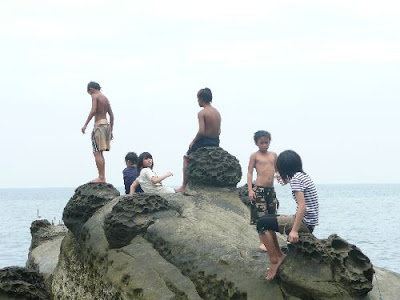 (Some Kids on the Rocks) 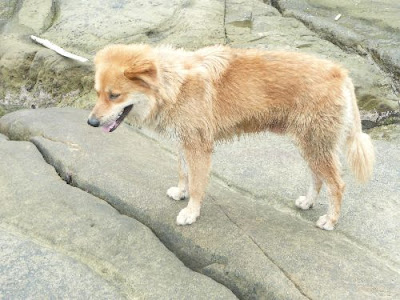 After bouncing around the rocks for an hour or more we headed back to the entrance and found a small shop serving drinks. We sat there for a long while chatting and cooling off in the shade. We recommend though that you take your own food and drinks. There were three food outlets, of which only one was clean. The other two were filthy and not worth trying. The clean food outlet had limited options and therefore it is best to bring your own snacks.

The one disappointment was the pollution. There seemed to be a lot of trash in the water. After paying an entrance fee one would expect the park authorities to keep it clean, especially since the idea of the park is to promote environmental friendliness. There was honestly too much trash and a little effort could solve this problem. Once we got onto the rocks, the trash was less but still distracted from the natural beauty of the place.

We then headed off into Keelung city and right next to the port discovered the Yangming Maritime Museum. We went to take a look and we were duly impressed. The museum is not large but there is enough interesting information in both English and Chinese. Its a good way to kill an hour waiting for a train. The museum is mostly geared towards kids with a few interactive displays and some childrens movies about the ocean, but the visit was rewarding enough. 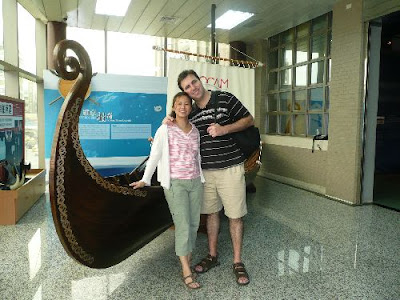 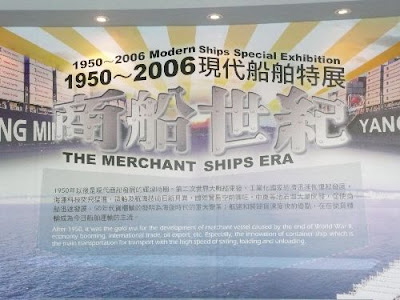 After the museum, we got onto a train and headed home to Taipei. All in all it was a pretty good day. If you can ignore the pollution at the entrance, the park is worth visiting for an hour or two, especially if you love the ocean.