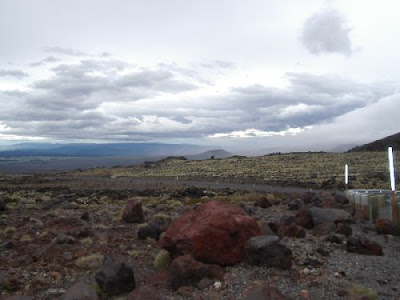 On Tuesday, we climbed into Simon and Helen’s car, bid farewell to their home and drove to the Massey University Campus in Palmerston North to meet an old friend of mine, Sandra, who was studying there. I met Sandra shortly after I first moved to Taiwan in 1998. She had visited New Zealand and decided she wanted to study there. Her campus was about an hour away from Wellington and we arranged to meet her for lunch.

On the day we left Wellington it was very cold. The drive to Palmerston North was quick. The Massey Campus was very beautiful and as I recall surrounded by a lot of natural vegetation. We finally found Sandra in the foreign languages department I was very happy to see her. It is always fun meeting people you know in different parts of the world and its great to see how they are moving on with their lives. We went over to the University cafeteria for a warm lunch. As I said, it was a very cold day and going into the warm cafeteria was very good for us. We all got some piping hot food and settled down to an hour of chatting and catching up. 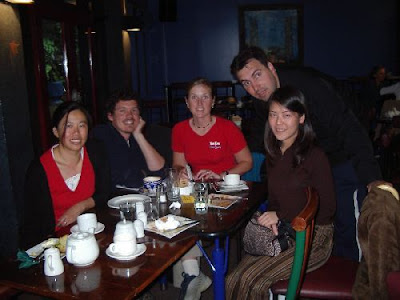 After a very short hour or so Sandra had to get back to class and we had to get back on the road. We were heading to the mountain used as Mount Doom in the Lord of the Rings. I believe the mountain’s real name was Mt Ngauruhoe. We took our leave from Sandra and headed north. Mt Ngauruhoe is where we were going to spend the night.

The weather was still dismal but the drive pleasant. The views on the North Island were very different to what we had seen on the South Island. There were many more sheep farms and far fewer trees. Most of the countryside was used as pasture for the sheep. As we got closer to Mt Ngauruhoe the landscape became increasingly desolate. Mt Ngauruhoe is a volcano explaining much of the landscape. 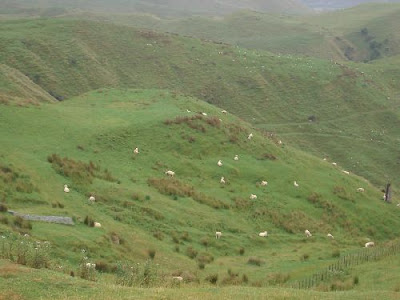 (Don't Count them, you will fall asleep!) 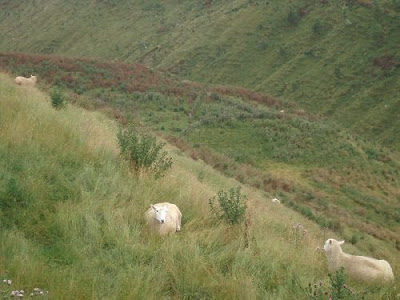 Mt Ngauruhoe is famous for its snow in the winter and is a popular ski resort. There were quite a lot of ski lifts and many smaller chalets on the mountains. Most of these chalets were empty and the ski lifts inoperable since it was summer and no skiing was possible. 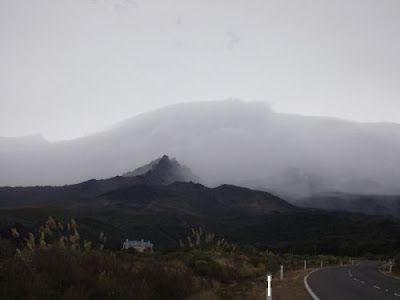 We arrived at the foot of Mt Ngauruhoe, checked into our hotel and decided to spend time on the mountain slope. When we arrived it was freezing and it even started to snow a little. Queenie and I couldn’t believe it was still summer. We were dressed as warmly as possible but we were still cold. Walking up the mountain slope was also very tough. The volcanic rocks were very rough and jagged and we were very surprised by how difficult the walking was. We tried to walk as far as we could but we were cold and exhausted and decided it was best to head back to the car and go back to the warmth of our accommodation. 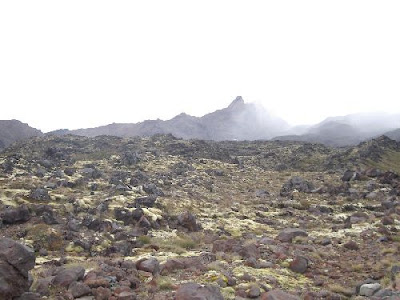 (The Slopes of Mt. Doom) 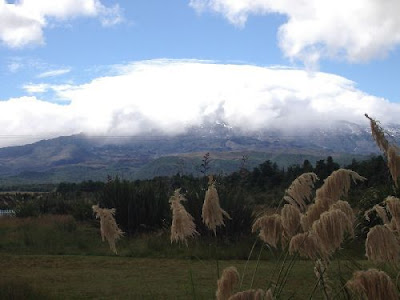 The evening was uneventful. We cooked food in the chalet and stayed inside most of the evening as it was too cold to go out. The next day, Wednesday, we woke up early to drive to Waitomo Caves. The drive to the caves was nearly the same as the one the previous day. The views were still spectacular with many farms and sheep. We could also see the further North we moved, the more developed the island was.

By the time we arrived at the Waitomo Caves we had left behind the bad weather and were enjoying the sun. The caves were apparently very important to the Maori people and were famous because of the glow-worms on the ceiling. We walked through the caves with our tour guide and were then taken on some boats on the river that ran through the caves. The worms were fairly interesting to look at but we had to be quiet and were unable to speak. The caves were worth the visit. 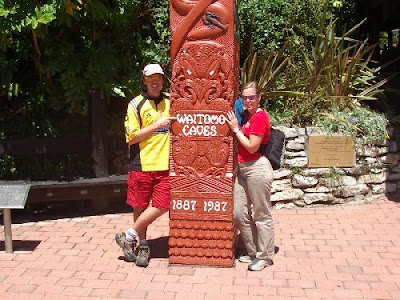 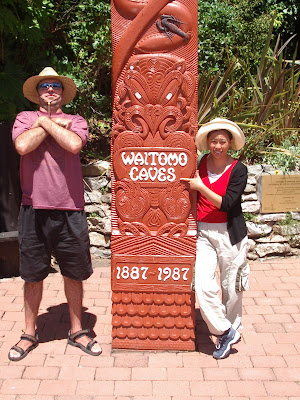 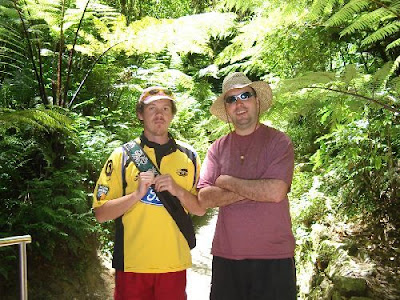 After leaving the caves we headed towards Rotorua. We stopped at a few towns and rivers along the way, but it all seemed so much more cultivated than the South. The drive was very relaxed and we were glad that the distances were not as great as they seemed on the South Island and we were not too rushed. Being able to relax and take it easy was good for all of us and I think we all really enjoyed the time spent together. 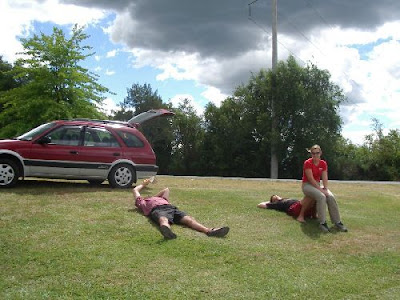 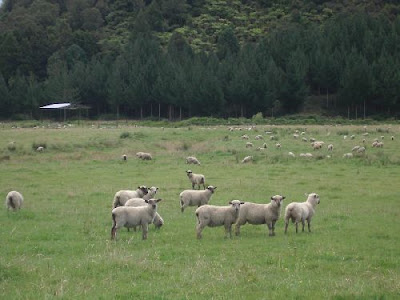 After a few hours driving we finally arrived in Rotorua and were now heading into the final stages of our journey. We stayed in a Caravan park in Rotorua. Helen and Simon camped and we stayed in a small cottage. We were glad to arrive as we knew we would be able to stay there for some time and not drive to far the following day.