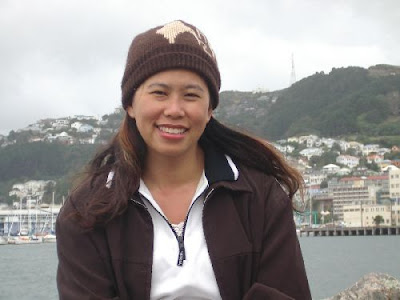 Back to Nelson -- Goodbye Pork Pie

We left Abel Tasman and drove into Nelson. We went and did some shopping for supplies. I had not shaved in a week and needed to find a razor. We finally went to Helen’s friends house where she was living with her boyfriend. They were both doctors and I think (if I recall correctly) she had just returned from a medical mission to some poor country.

Meeting them was fun. In the evening we were all going down to the local park for a screening of one of New Zealand’s classic movies “Goodbye Pork Pie.” It was fun sitting in the park with all the locals watching the film but I wouldn’t rent the film on DVD. Watching it where we did, and sharing the experience with others was great, but I say bring on the Lord of the Rings or something else. Anyway, it was fun. 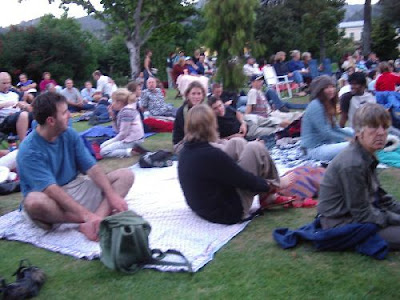 (Movie in the Park)

The next day was Sunday. We woke early and went to see Simon’s uncle. Simon’s family had come from the North Island to spend time with him so we got to hang out with them again. We had a huge breakfast together and then it was time to head back to the ferry and home to Wellington. After an all too short breakfast we left, handed in the car, jumped on the ferry and were on our way. 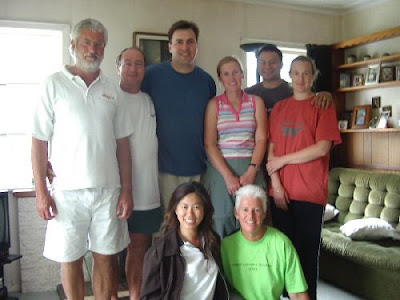 The journey back was uneventful. We were sad to leave the South Island. We really enjoyed the previous five days tremendously and felt it we were leaving behind the best part of the whole trip. We were wrong.

Getting back to Wellington was good for all of us. Queenie and I decided to spend the Monday in Wellington by ourselves and give Simon and Helen some time off from entertaining. What we didn’t realize was the Monday was a public holiday. Nearly EVERYTHING was SHUT! Here in Taipei it is completely different, with the exception of Chinese New Year, everything is open on public holidays. It is the time people go out and buy stuff and eat out with friends. Eventually at around 10:00am some things started to open, but the town certainly wasn’t in full swing.

We had a pleasant day walking around the town together. We didn’t do too much and just enjoyed relaxing, window-shopping, gift and souvenir shopping and eating in small cafeterias. In the late afternoon we headed back to Simon and Helen’s house to have dinner with them. We also had to once again get ready to leave as the following day we would start our four day trek to Auckland. On the way we would visit some friends, see some caves, see Mt. Doom, visit Rotorua and view Auckland from the top of the sky tower. We were looking forward to the trip but were sad to know that in only five days we would be on a plane heading back to Taipei.